Ever wonder what it's like to be Ducati's Andrea Dovizioso?

With the 2020 MotoGP season almost upon us, the countdown to the Qatar GP at Losail International Circuit has begun! On March 8, we'll start to get answers to some of the biggest questions we've had over the off-season. Before that, though, there's one big question that inevitably looms in every fan's mind all year long: What goes on inside the mind of a MotoGP racer?

In a new hour-long documentary film, Red Bull takes us all on a journey inside the mind of Ducati rider Andrea Dovizioso , as he battled through injury and turmoil in the eventful 2019 season. If you're a fan of going in the garage and getting behind the scenes with your favorite professional racers, you'll want to get your favorite snacks and settle in with this movie for an hour.

Andrea Dovizioso: Undaunted is currently streaming for free on the Red Bull TV website , so you don't even have to worry about whether you already have a subscription to the correct streaming service or not. Pull it up on your phone, tablet, computer, or wherever you are, make sure your headphones are comfortably in place, and enjoy.

When you tune into MotoGP race after race, there's at least as much drama going on off-track as on-track. Sometimes, there's even more---particularly during silly season, when speculation about the rider lineups for the next season starts going completely haywire. Although we definitely got a head start on that this year with the Fabio Quartararo/Maverick Viñales/Valentino Rossi factory Yamaha rider triangle , there will inevitably be more madness to come before the year is out.

As fans, we can only ever experience it from an outside perspective. That's why documentaries like this can provide interesting insight into a particular place and time in the grand span of the MotoGP series. As we enter a season that will surely be a turning point for Dovi's career, can he finally win a world championship title? Working hard, having talent, and having some of the best machinery in the world aren't always enough. 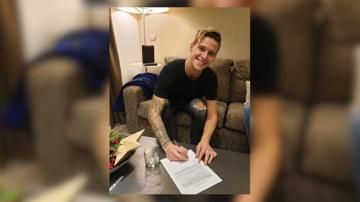