"The problem is that I inherited a practically destroyed distribution network, which suffered a lot during the latest crisis faced by MV Agusta during the years 10," he said.

This expansion of the network will not just be about bikes, but parts and service, too. Sardarov even suggested that displeased customers should reach out to him directly via social media to inquire about parts and other issues. That's a surprising and impressive move, and it will be interesting to see how that works out.

Regardless of what you think of MV Agusta at the moment, it's clear that things are probably going to change in the future. A new dealership network would be a game-changer for the brand. It will also work to help boost sales of upcoming models. MV Agusta recently inked a deal with Loncin , a Chinese company, to make smaller displacement motorcycles. That move opens up a lot of possibilities if MV Agusta can distribute bikes properly. 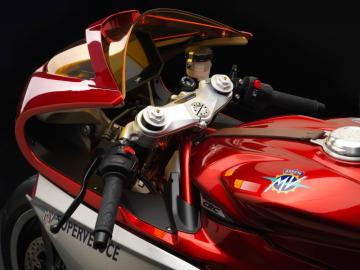