Harley-Davidson Is Restarting Production On A Limited Basis

Only the strongest sellers make the cut.

Pre-coronavirus, Harley-Davidson's general sales outlook was already pretty bad. Still, what can the MoCo do but try its best to right the ship? Appointing interim president and CEO Jochen Zeitz to both positions permanently was just one step in attempting to bring the company back from the brink.

As Harley adjusts to a world changed by the ongoing pandemic, it's also in the midst of making key changes to how it operates. As of May 20, 2020, the company plans to reopen its factories in Wisconsin and Pennsylvania after closing them temporarily in March 2020 as coronavirus swept the globe.

Planned production numbers for this reopening are significantly lower than originally planned prior to those closures. Only bestselling models and colorways will be produced for the rest of the year. Notably, customizable features on the bikes that do roll off the production line will also be jettisoned for the rest of 2020. Reuters reached out to Harley-Davidson for comment, but has not yet received a response.

No specific numbers or models have yet been listed, and the company doesn't list its sales by model in publicly-available documents. The only breakdown it gives within its financials are a year-on-year portrait of sales broken into three segments: Touring, Cruiser, and Sportster/Street.

Does this mean that no new Sportster/Street-segment bikes will be produced for the rest of the year? It's all speculation at this point, but that's clearly the least popular segment by the numbers. We don't know where the cutoff is in the popularity stakes, but with numbers like that, it seems likely that those bikes would be the first to walk the plank for the rest of 2020. 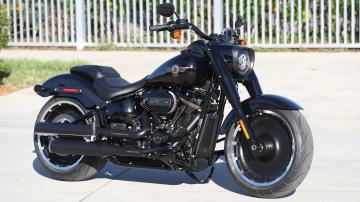