The bikes are heavier now, with less horsepower.

After announcing it would update the Classic and the Forty Two to meet India's BS6 emissions standards, Jawa just unveiled the models' new specs. To make the entry-level bikes compliant, the company sacrificed a bit of power and a lot of weight.

Jawa was originally an Eastern European motorcycle marque founded in 1929 that thrived during the Cold War, thanks to its 350 platform exported in 120 countries. After the Iron Curtain collapsed, Jawa fell on hard times, and became a zombie brand, repeatedly brought back to life by hopeful investors. The brand was ultimately revived by Classic Legends, sub-division of Indian giant Mahindra. While its first year back on the market was an eventful one, it looks like Jawa has finally figured things out.

Like most manufacturers, Jawa faced impending new Indian emissions regulations that came into effect in April 2020, banning older BS4 designs from production. That's why, in March, the company announced that the Classic and the Forty Two would be updated to meet the new requirements. However, we had yet to learn what upgrades the bikes would receive to become compliant, until now. requiring manufacturers to update their motorcycle designs.

While the two machines are now more environmentally friendly, the changes come at a price. Both bikes use the same 293cc liquid-cooled, single-cylinder engine that now produces 26 horsepower and 20 lb-ft of torque, a negligible drop from the original 27 hp and 21 lb-ft of torque. Though minimal, the loss of power comes as a bit of a surprise. Classic Legends originally said the machines wouldn't see any drop in horsepower when converted to BS6 standards.

However, the biggest change happened on the scale, as the two bikes are now heavier. The Jawa Classic and Forty-Two that previously weighed 375 pounds now tip the scales at 401 pounds following the BS6 update. Though the manufacturer doesn't confirm what caused the weight gain, it is likely caused by the addition of emission reduction equipment, such as a catalytic converter. Weight isn't the only thing that increased; we learned in March that pricing on the two models was also going up.

Classic Legends plans to relaunch Jawa in the European market this year, starting with the Czech Republic. Considering the BS6 regulations are similar to the Euro6 standards, the Jawas shouldn't require too much tweaking to be Europe-ready. 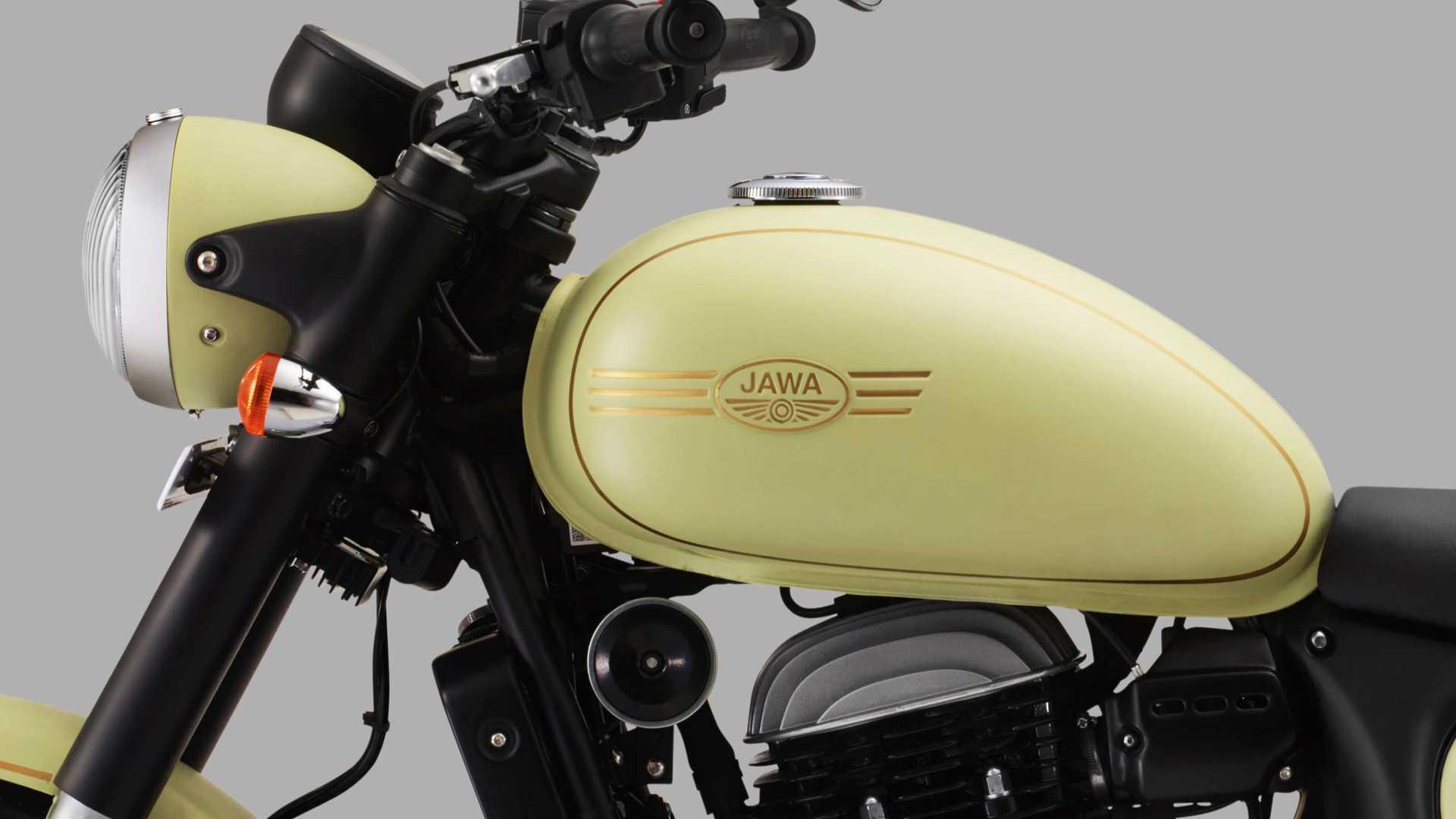